When we interviewed RR Enriquez, who was a Model and Co-Host of the popular “Wowowee” show in the Philippines, she started telling us a very interesting story of her boyfriend, Jayjay, a well-known sports personality who plays for a famous team in Manila.

She started her story about how she tried different perfumes in her life, but came to hear about a perfume called Dream Love 1000® from England. This perfume candidly bared the slogan “Attract Your Man” on the box as well as on their bottle.

Her friends in the movie business and modeling line in Manila used to talk about the perfume and how remarkable and effective it was in magnetizing men! Some even confessed how attentive their men were to them and tuned into to everything they said every time they had the fragrance on!

RR was amazed at these comments by her friends, and for the fun of it, bought a bottle of the perfume from their website at www.DreamLove1000.com. She actually told us that she wasn’t expecting anything to change with Jayjay as they have a fantastic relationship and they loved each other so much.

With all these said, the perfume finally arrived and RR said she really loved the scent and was even magnetized to it herself! That evening, she had dinner with her 2 girlfriends and when she got home, that’s when it happened!

Jayjay welcomed her with the usual caress and kiss, but this time, he immediately complimented her by saying “you smell great!, what are you using?” She was quite impressed and told him the name of the perfume, which he found a bit particular and jokingly said “so am I your real dream love?”

She continued and told us that it didn’t end there, when they were just about to retire for the night, she noticed a lot of extra passion from Jayjay. He was much more aggressive and yet so loving as if he were captured by RR. This made her feel kind of omnipresent!

She told us that she noticed this reaction would come about more each time she used the perfume. What started off as a fun trip to buy a perfume ended with exuberating and unforgettable nights.

RR mentioned that it’s magical when your man of so many years behaves like he did when you first started dating! 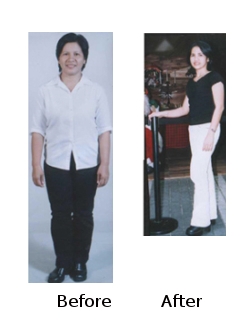 It had been 17 years since Alice Acosta left for San Francisco.

She had just finished graduating from Pasig City High School then and was looking forward to entering college in the Philippines. She flew to the US on her parents’ insistence to pursue her college life there. Disheartened about leaving her boyfriend at that time, Alice committed Bernard to memory.

Years came to pass and she became a successful woman, building her own catering business. She married an American client but they were not blessed with any children. The marriage ended before they knew it.

Alice blamed herself as she became engrossed with her food business which made her gain weight. She felt and was told she looked 5 years older than her age after the divorce.

Her very close friend, Elizabeth, introduced her to the upgraded Dream Love 1000® 5 in 1 body lotion (made in England), which had many effects all in one lotion.

Alice visited their website and found it very interesting with real life newspaper reports, and that it was proven non-allergenic and safe to use. She read about how the lotion helped reduce fats, whiten the skin, and also about the very important youthfulness effect it had.

Alice ordered her package by phone and kept her hopes high as she had many expectations from the product. Upon receiving the lotions by mail within 7 to 8 days, Alice used it everyday as per the instructions she found inside the box.

In a short span of time she started to notice her skin becoming very smooth, firm, and overall started to become naturally whiter. She felt her fats on sensitive areas was reducing. Her family and friends started telling her that she was looking much younger.

In a period of 2 months she measured herself, and was surprised to have lost two inches on her waist and hips by using a total of 3 tubes.

Another friend, Marsha, introduced Alice to Ricky, a Filipino working in the Bay area as well. They have now been dating for about a month and Alice knows that the upgraded and improved About Dream Love 1000® 5 in 1 lotion was one of the main reasons why Ricky was so attracted to her looks.

Leny Ikeda told us of her experience that changed her outlook on life.

In the winter season she would always over eat. Leny tried dieting but would regain all the weight loss as her appetite would re-surface and this would make her eat even larger food portions.

One of her close friends in Japan advised her to try the Dream Love 1000® 5 in 1 body essence lotion. Her friend Emily further told her about the UV-whitening, super slimming, anti aging and vitamin A, D and E protein moisturizing functions the lotion could achieve.

Leny ordered a couple of tubes from an authorized distributor in Tokyo named CM Biocare and started using it as instructed upon receiving them.

She started seeing incredible results within just days of usage. Her wrinkles and fine lines started to disappear on her face and her body started to slim and shape up with 2 weeks of continued use.

She lost a total of 2 inches from her waist and hips and her skin smoothened and she was back in her short skirts due to achieving sexy legs again. She was also told that she looked so much younger by her family and friends.

Dream Love 1000® 5 in 1 lotion from England has proven itself on over 1.4 million users since its launch in 2002 and has now been upgraded in its slimming, whitening and anti aging functions to show incredibly fast results with its natural non-allergenic ingredients.

Users from Canada and the United States regularly order from their website directly. 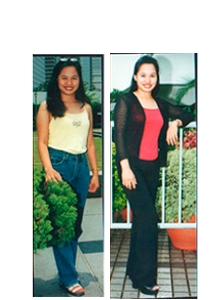 Bathing under the California sun is said to be one of the best experiences anyone from the East Coast would have.

For 29-year-old Filipino American Kay Santos, it meant more than that. As a lifeguard, she worked under the sun five days a week – this meant her skin was being exposed to heat and ultraviolet rays more than anyone else who loves going for a swim.

Kay has been doing this job for few years and had wanted to give up because her skin started turning dry and dark. She also noticed wrinkles developing on her forehead. Despite using a high-SPF sunscreen and eating a healthy diet, her skin was ageing fast.

She just could not leave the job and find one that would keep her indoors as the pay was good. It was just a coincidence when a friend working as a nurse from Los Angeles told her about the upgraded version of Dream Love 1000® 5 in 1 body lotion .

Her friend mentioned that the lotion contains plant extracts that protects skin from sunrays. It has allantoin and shea butter which eliminate dry skin, fine lines and wrinkles. More importantly, the vitamin D and E help boost a supple, clearer and younger-looking skin. It is non-allergenic and has been tested by the Research Institute of Physiological Activity. It’s made in England carrying a Japan-quality seal.

Kay went online to www.dreamlove1000.com and purchased a tube. In no time, she was able to notice incredible changes on her face. The wrinkles decreased by 60% and her darkly-tanned skin started to whiten. Her skin tone maintained the suppleness and fairness even though she was continuously on the job.

She found out the best weapon and protection against the sun with this wonderful lotion, allowing her to enjoy the things she loves the most – saving lives, swimming in the beach, and basking under the California sun. 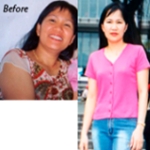 Leonisa Agnacion has been married for about 10 years now.

As the years went by, she noticed less attention from her husband due to her gaining weight. This led to depression which led to an unhealthy eating habit and binging. All this made her gain even more and she started to look older than her age.

She read about Dream Love 1000® 5 in 1 body essence lotion in Balita Newspaper in Toronto. She saw real life experiences of women who lost weight and achieved beauty using the lotion.

She decided to try it and ordered a tube online. Just about a week of trying the lotion day and night, she started seeing very beautiful visual changes on herself. She was slimming and shaping up, her skin was improving dramatically. Even her neighbors started complimenting her.

She ordered 2 more tubes and after using all the tubes she purchased, she had lost a total of 3 inches from her waist, 2 inches from her hips and thighs, 1 inch from her arms. She had naturally whitened and was told that she looked so young compared to before.

She began noticing her husband was much more attentive towards her and extremely passionate.