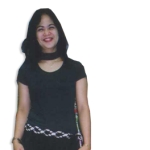 Christmas time is something special for all and it’s the time we feel that we need to give love and at this time beckons to attract love as well. While most would look for flowers and chocolates to signify their attraction to another person, a growing number of people would look at extraordinary ways to make sure they capture the hearts of that special someone.

La Cité Parfumeur S.A. has developed a special perfume that attracts the male sex – be it on Christmas, Valentine’s Day, special occasions or for everyday use, called Dream Love 1000®. This product contains special ingredients to bring phenomenal effects in increasing male libido and thus magnetizes them to the scent.

Patricia Estabillo from Los Angeles is one of thousands of women who have seen the effects of the perfume when she boarded a flight to back to Los Angeles.

The man sitting next to her kept leaning towards her. At one point she suddenly felt him so close to her neck and when she was about to say something, she noticed how handsome he was and that he was completely smitten by her. He introduced himself as David Galvez, single Filipino, working as a chief programmer in one IT firm in LA.

This tiresome flight suddenly became blissful for Patricia. She would on occasion feel David’s arms rubbing on her as they spoke. They have since become good friends and even been on a few movie and dinner dates since their return to LA. Patricia had sprayed Dream Love 1000® prior to boarding the flight that day.